Departure for the tour of Europe 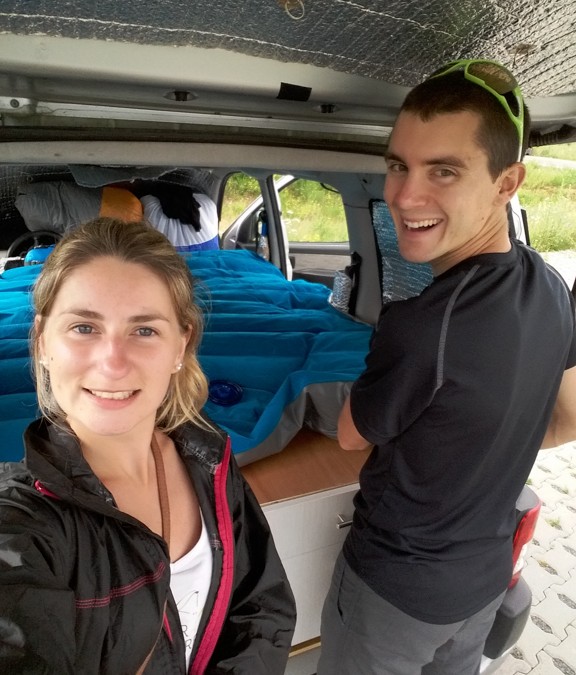 Saturday, June 25, that’s it is the day of departure. After will be lifted early in the morning, you take the road to Strasbourg. We are quite tired because the final preparations of the Partner we were late. In Strasbourg, we have two planned appointments, the first to the Biovalsan sewage and the second 50 km more to the North, at the deep geothermal power Ecogi. To go to the first appointment we borrow a road that runs along the Rhine, and then one arrives before the sewage. Frédéric Biovalsan project manager and Clement the responsible communication of the region great’s Suez) greet us. They are young enough and are very nice. It begins with a visit to the purification and for this station, they bring us two helmets and safe-shoes which are the minimum required for our security. We first meet the people working in the station, they show us their control computers, and then continues visit to see the different stages of the treatment of sewage, their transformation into bio-methane and finally its re-injection into the power grid. Frédéric is really an enthusiast because it explains very well and answered all our questions. For example, it tells us that the Biovalsan project is the first to set an example for the transformation of wastewater in power in France. It also tells us that today ‘ today there are 10 sewage which will operate on the model of it. After the visit, Nicolas carries out interviews with Clement who presents overall what is the project Biovalsan and Frédéric which deals with the more technical part. 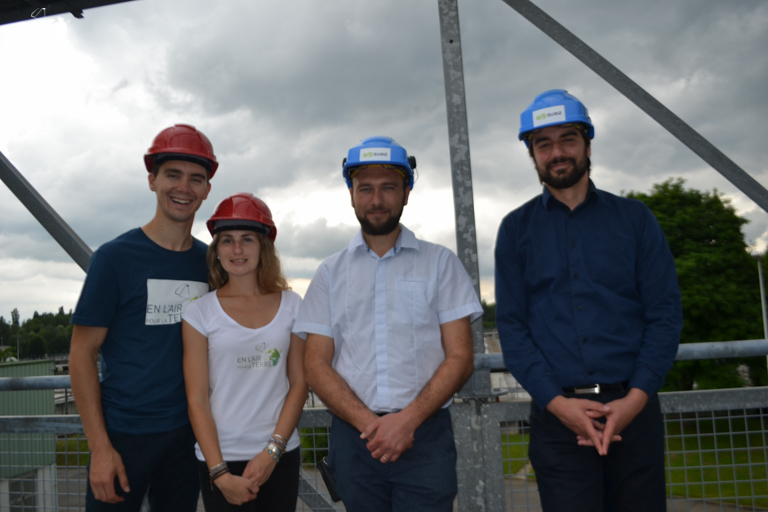 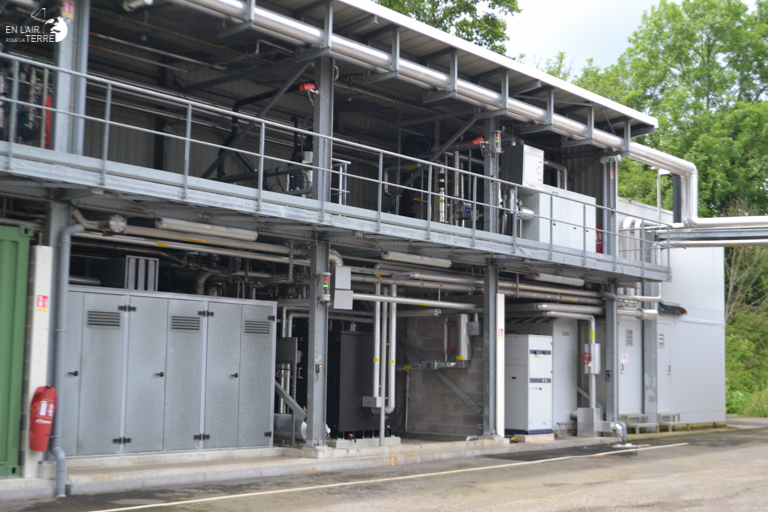 We take the road to get to Central of geothermal energy deep 50 km more to the North. The researcher, Jean Schmittbuhl that we are going to interview us requests half-hour appointment because it’s raining out and we advise to visit the pottery from Betschdorf. It then starts looking for a pottery workshop without imagining that one would fall on the funny of the potters. We therefore enter in the first store of pottery that we see and we look at the pottery. They are grey and blue, the Potter explains that they are made by him and that the clay is special because it comes from the banks of the Rhine. There, he explains also that the Rhine falls to the North and it explodes with laughter. As he laughs we laugh also and there he laughs even harder then it stops u blow and tells us ‘- but it makes you laugh? ‘… short a great moment. Then he visit his workshop, Nicolas proposes to interview him and he replies “he gives more interviews for personal and family reasons”. To finish the story he also wanted to make me a clay facial mask. Finally, so that it has giggled it buys a little because souvenir pottery were very beautiful but also because he was really super nice. 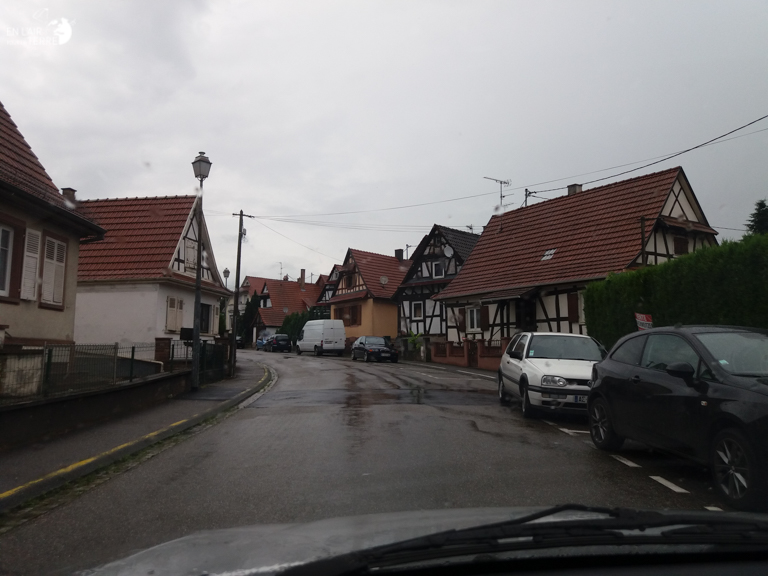 Back before the geothermal plant, Nicolas realizes the last interview and me I film and I have the note that the researcher develops much more his ideas from the people we met during the above venue where responses were more concise. Which is also great with these interviews is the discussions that take place before or after the shooting because you learn really much, perhaps because the Exchange is somewhat less formal. To close this first day already very rich we take the road to the Germany. We pass the border and found parking which seems awesome to spend the first night in the Partner. Understood in the eyes of the people that this is not really a place to sleep but tampis because anyway, we we do not understand German. 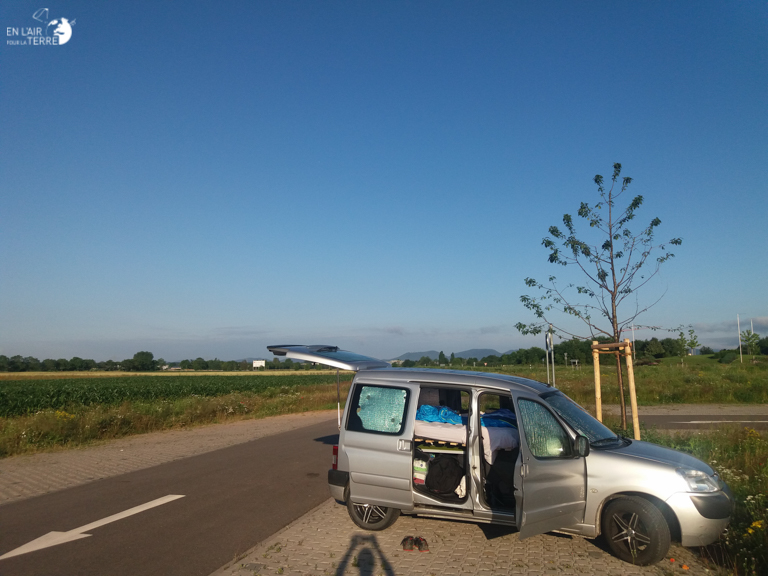