End 2012, renewable energy reach more than 26% of world energy capacity, an increase of 8.5% from 2011 and provide 21.7% of the world’s electricity. They are the solution to enable the production of a decarbonnee electricity (which doesn’t reject CO2) in order to limit global warming. There are 5 main types of renewable energies:

We often forget the hydraulics which is the first renewable energy worldwide with 16.2% of the electricity produced. And after the IEA which is the international agency of energy here is the evolution of the installed capacity of renewable energy in GigaWatt (= 10 ^ 9 Watt = 1 000 000 000 watts, a reactor of nuclear power for comparison has about a capacity of 860 MW = 860 000 000 watts): 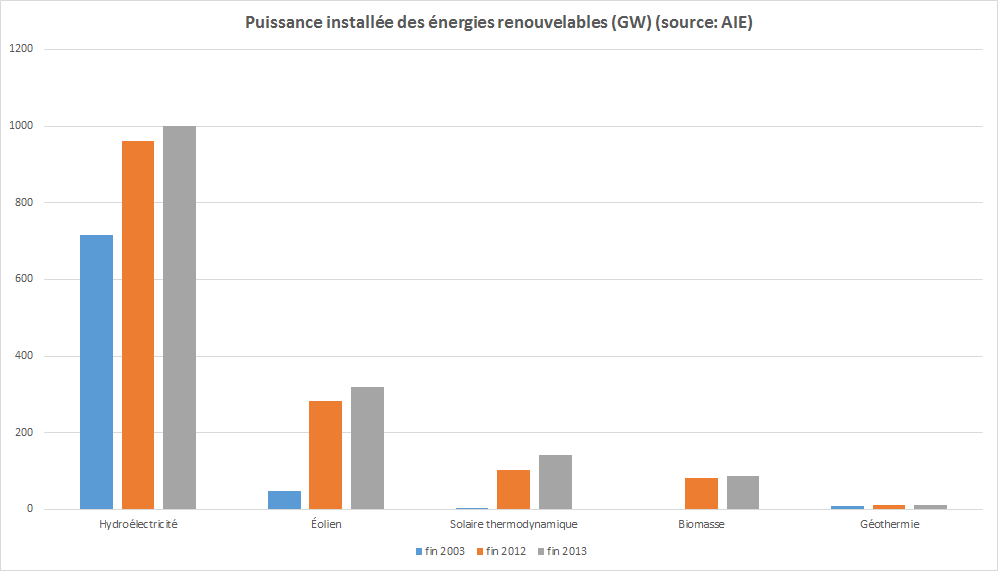 Although renewable energy are not yet an important part of the electricity production, they are brought to a considerable extent in future years. Global investment in renewable energies amounted to 39 billion dollars in 2004. In 2012, 244 billion invested in these sectors.

There was a slight decrease in 2012 but it will walk away with very significant investments and especially in developing countries.   Renewables are a tremendous opportunity to create electricity from the resources that surround us without rejecting CO2 and thus contribute to the fight against global warming.

Now that you know all about renewable energy, please visit the sites of production of renewable energy with us! To learn more about climate change, paragliding or travel 🙂 And of course join us on networks: