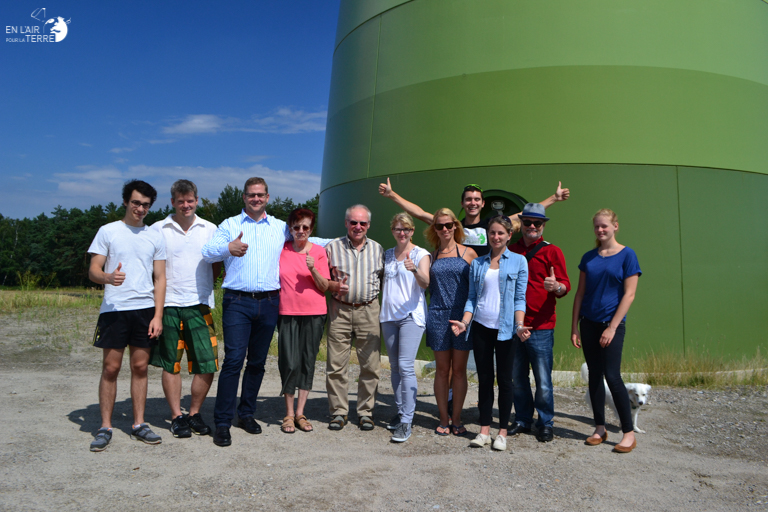 This morning we’ll take the ferry to leave Denmark, direction Rostock in Germany. That’s leaving the Nordic countries with a little pinch in the heart.

Once landed in Germany we must hurry to join South of Berlin as we planned the visit of the village auto sufficient feldheim. As it is quite late, it does not even stop a picnic and you eat in the car. 4 hours later we arrived in a country village, with a main street around which are aligned houses and you see a large cooperative farm as well as wind turbines. In the street there is not many people, and one wonders where they fell. Out of a large building brand new an old man who speaks to us in German, then a second with a hat who speaks that both English and french. Lucky. We follow him then one arrives in the famous building brand-new which is in fact the visitor center of the village. We meet thus Dorine, the Manager of the Center with which we had took contact. She welcomes us really well and then presents us with other people who are with her. His brother making paragliding, the boss of Energiequelle gmbH then the old gentleman who is one of the oldest inhabitant of the village, and finally the man with the hat who is responsible for communication. Wow expected not all this world and it started out a little difficult to understand who does what. They offer us tea and eat cake in a large meeting room. They we then explain the functioning of the village, answering our questions, then we do interviews to achieve program. To lighten the mood, Nicolas speaks paragliding with the brother of Dorine, who was joined by his wife and two daughters as well as a boy. When we ate well, we began to carry out the interviews. 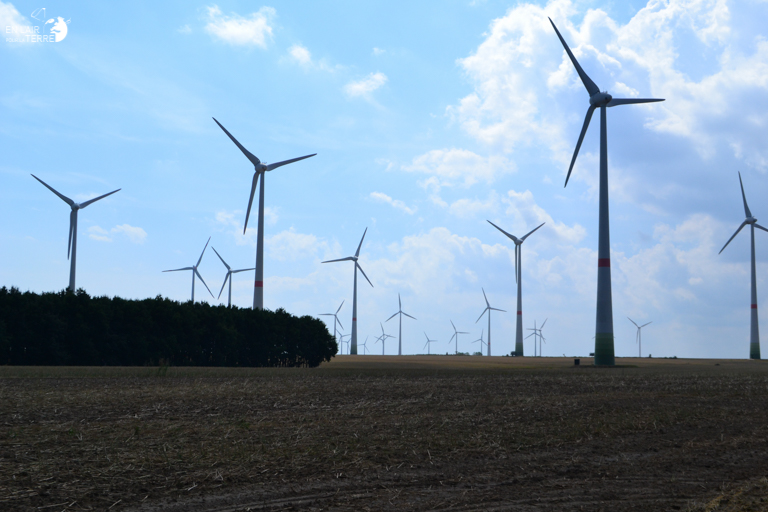 For the first interview, we interview the CEO of Energiequelle gmbH, which is really nice. Then we ask questions to the old gentleman, resident of the village who does not speak English. We wondered, so how are we going to translate German since neither Nicholas nor I speak a word of the language. Fortunately, the daughter of the brother of Dorine speaks a little the french and above all, the boy who accompanies them is actually a french who spends his holidays in this family. Lucky. We therefore decided to conduct the interview three: Nicolas asking the questions in french, the boy who translated the question in German, the old man who responds in German then the boy who retranslated the answer to Nicolas in french. This Setup seems to work fine but the problem is that the gentleman begins to tell the story of the village of Feldheim from World War II. I think it’s because of the stress of the camera. So again the interview and the second attempt is good.

For the third interview, Dorine explains the birth of its information center. Its role is to welcome people or groups from the four corners of the planet, to learn more about the functioning of the self-sufficient village. Finally, the communication Manager, very professional, although slightly joking, answers our question for the last interview.

After the interviews, the CEO offers us to go see the wind more closely. We’re going then laid out van. Yes Yes in laid out van you read. It belongs to the family of the brother of Dorine. His truck is huge, we’re a little jealous with Nicolas. It goes up to 9 in the van and hop drive. It then looks to go a second time on holiday with our new family. It’s great. Arrived at the foot of the wind turbines, the CEO has joined us and opens the doors of a wind turbine for a visit. We’re too happy is the first wind turbine in which we go and surprise inside: it is empty. There wasn’t some tidy cables and then an elevator to climb to the top of the turbine by the Interior and a table to indicate the wind turbine production, its power… We ask lots of questions and answers. To close this visit eventually a nice family photo in front of the turbine and then again using the road a can to reluctantly, direction the Austria. 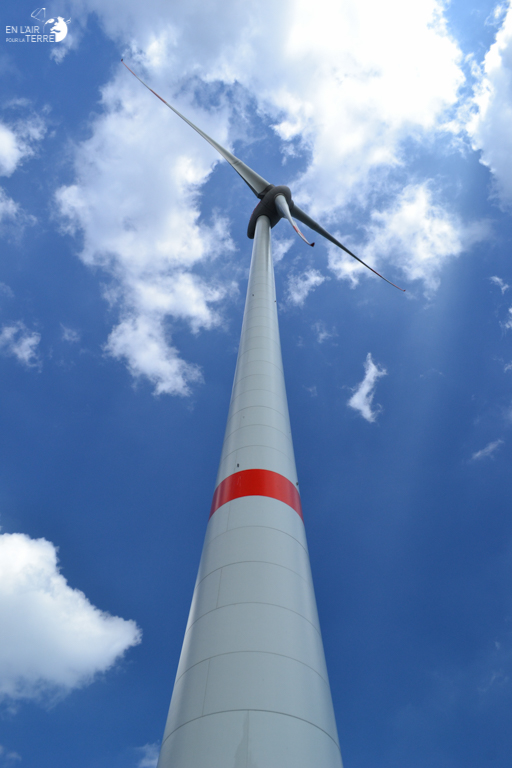 On the road it is always not this meeting with this village and this German family. It was really an incredible surprise and a great chance to meet them all. Besides, the appointment to meet again because they will come in the Alps in October for paragliding and discover our mountains.

To win the Austria, the road is long and eventually lie on a rest area in the middle of the trucks after riding well because we’re exhausted.