The Geiranger of happiness but the Dalsnibba in baba 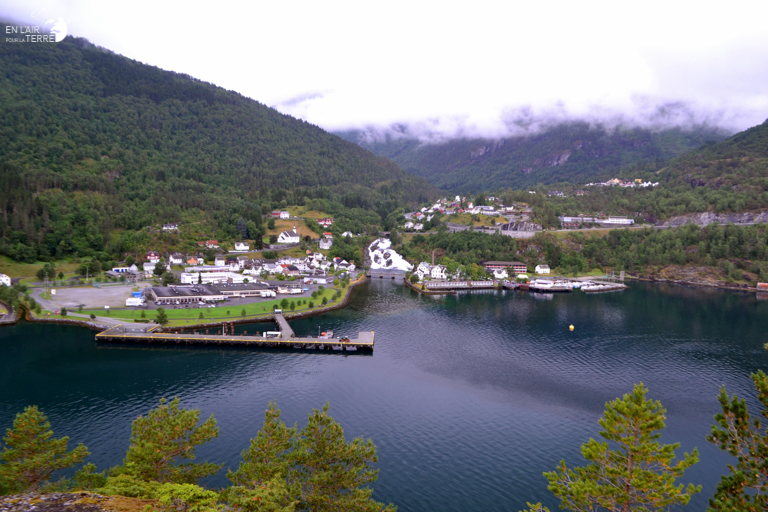 It is the last fjord we still visit, classified world heritage of the Unesco. We arrived there a lot of fog so it does not rise to the Dalsnibba (which is a mountain which normally offers a beautiful panorama on the fjord) because we will see nothing and that cost even € 12. It had also established a super hiking program, but as the weather is bad it adapts. We therefore leave for a low altitude ride that runs along the fjord (3km). On the way shots means one wonders therefore if hunting and open here and what the Norwegians may well hunt because we have not seen many animals other than sheep. In fact, it will be understood at the end of the day 3 shots are fired by cruise ships when they arrive or leave the port. The ride ends at the beach of the fjord. There are rocks and algae, which allows us to recognize as the water of the fjord and sea water that mixes with freshwater from rivers. 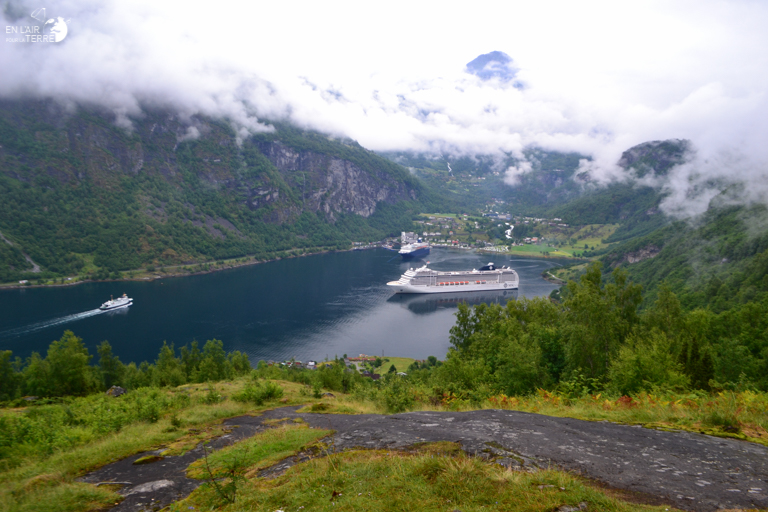 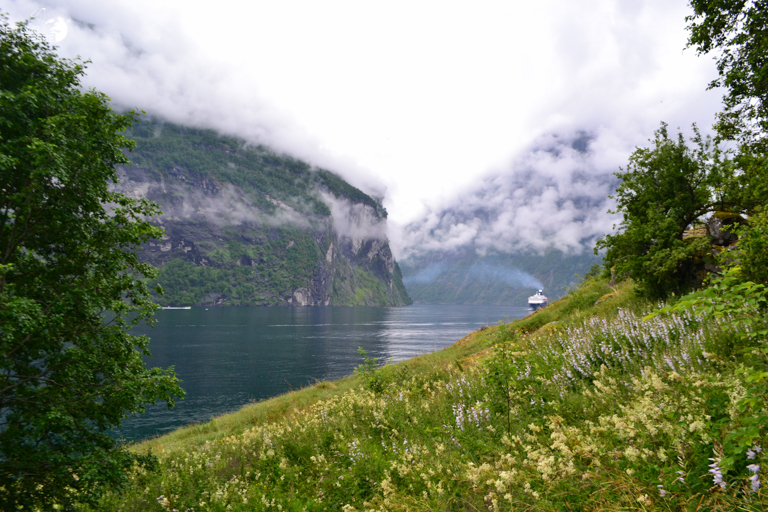 Rain starts to fall so let’s take refuge in the village shops to play a little to tourists while the weather changes. A big boat cruise of France landed its passengers in the port. Oulalaa too much french coup it is weird. Discussed with them and there is with amusement that the only ones who have left port and stores are french tourists who prefer to leave a little to the discovery walk from Geiranger. 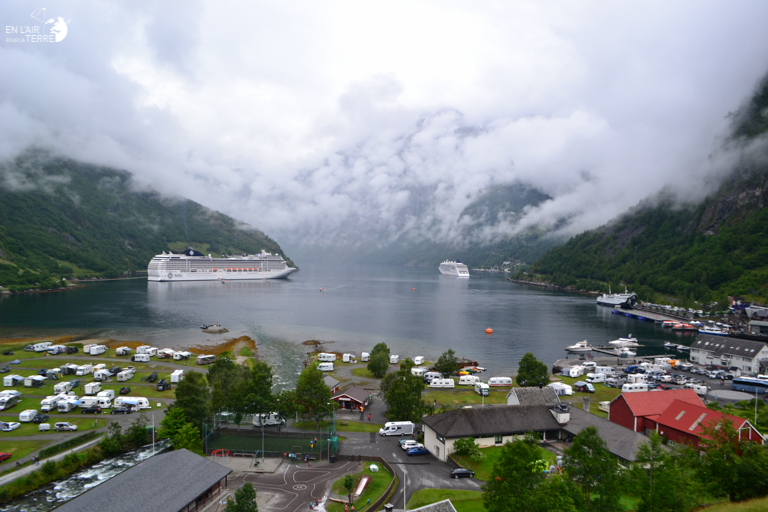 We walk again after eating for a second hike this time a little more height and on the left bank of the fjord. There are 55O m in altitude which is already not bad to enjoy a beautiful view over the fjord. Hiking is done in undergrowth, here the vegetation is dense and it is wet as in Asian countries. We meet on the very muddy way many Americans then believed that we would be the only brave ones on the way. We view the farms which are used for the return of the pastures milking goats = ‘milk the goats. They are all cute with their herbal on the roof. There are also beautiful views of the fjord because the fog had lifted. It is beautiful especially with the waterfalls which flow along the mountains. On the back I fall in the mud and I’m getting to the knees. 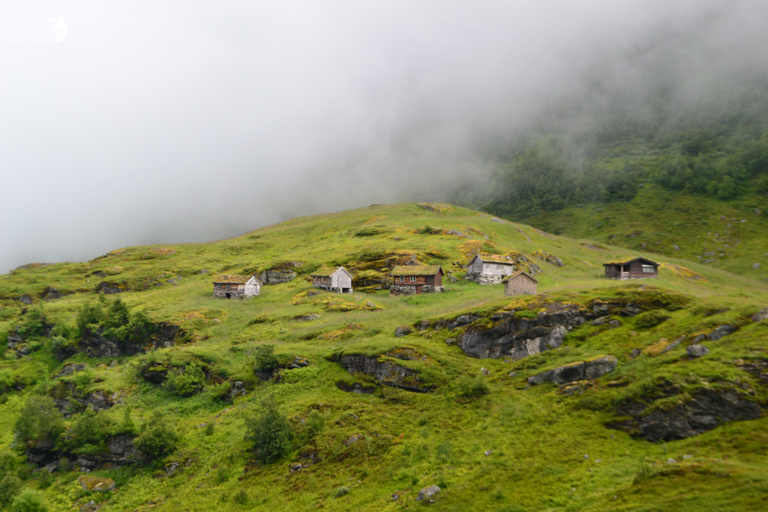 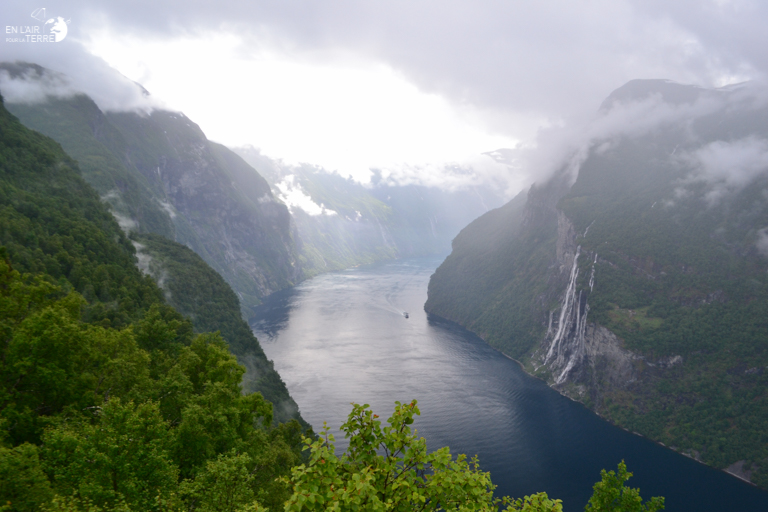 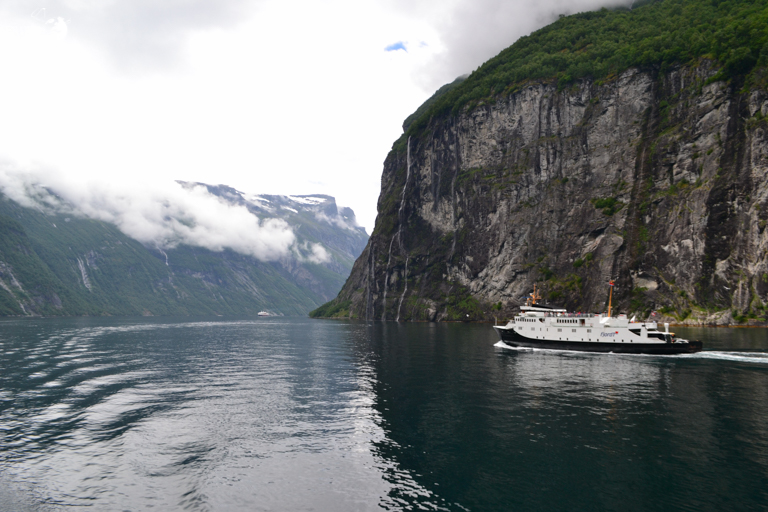 Evening arises along a Bank of the fjord, I care while Nicolas hand to fishing to bring back us for the evening meal. Unfortunately there has been less fortunate than our neighbour from the campsite because who has sinned in a quarter of an hour just a huge fish of almost 1 meter! It only comes back not and Nicolas very jealous pechery until the lying and even even the next day morning at 5 h. 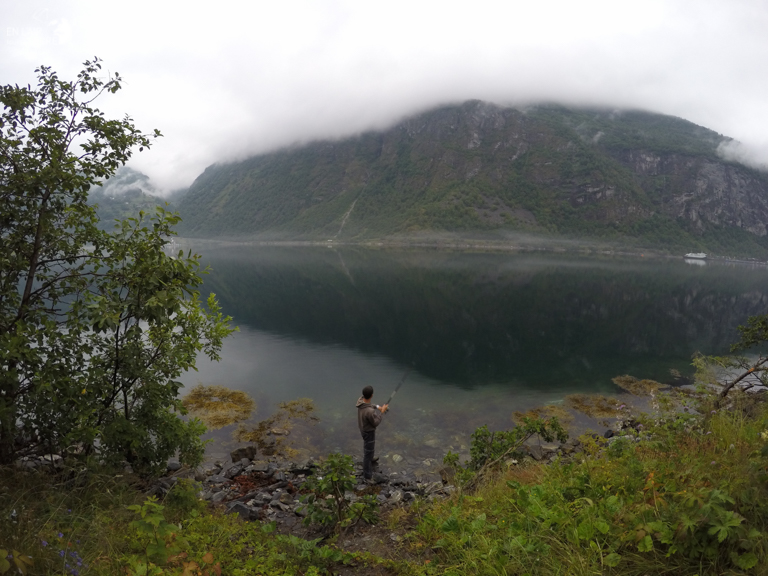 The next morning, rise very early not to miss our cruise on the fjord of Geiranger to Hellesylt. We hurried to go to the port and actually it is ahead of time and most importantly we are left alone on the boat. How lucky a nothing private cruise for us. 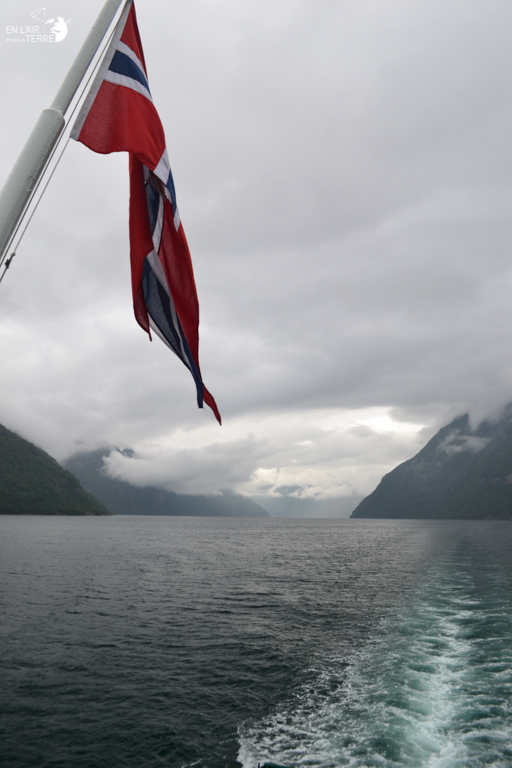 At Hellesylt one wonders what will be do because it’s really not nice. On hand anyway for a 3 km hike that allows us to have views of the lovely cascade of Hellesylt and fjord. 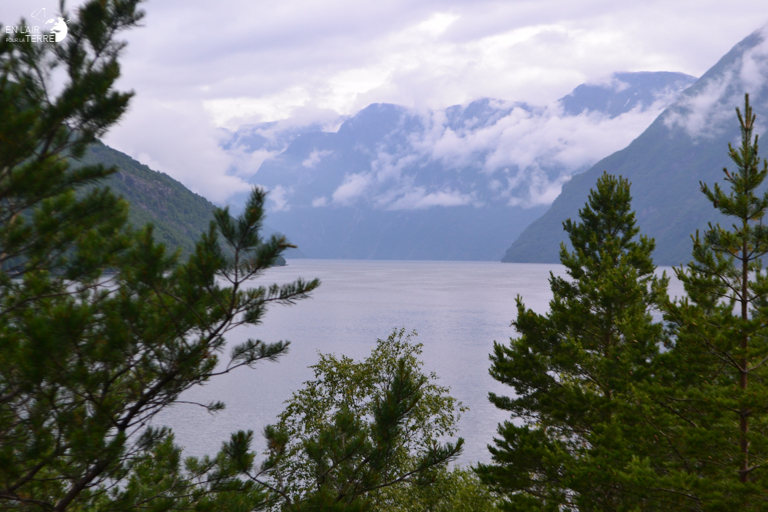 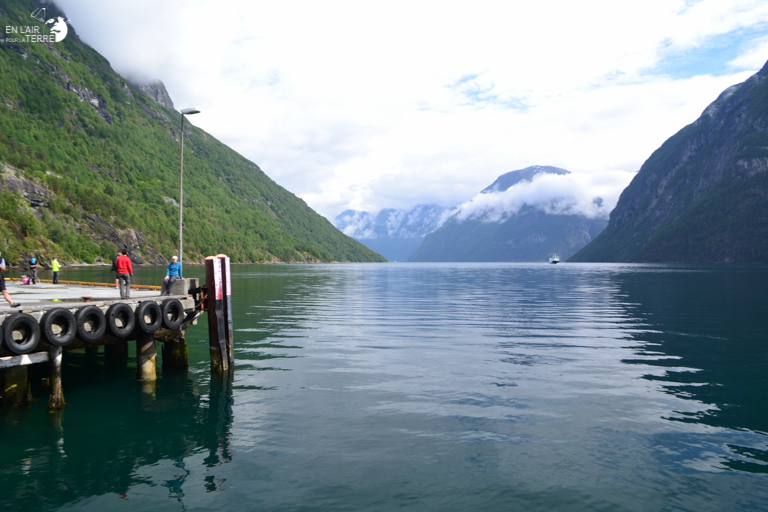 Then the time view so we hurry to resume a ferry to return to Geiranger and make some nice pictures of the fjord from the boat. It has a superb view on the seven sisters waterfall. 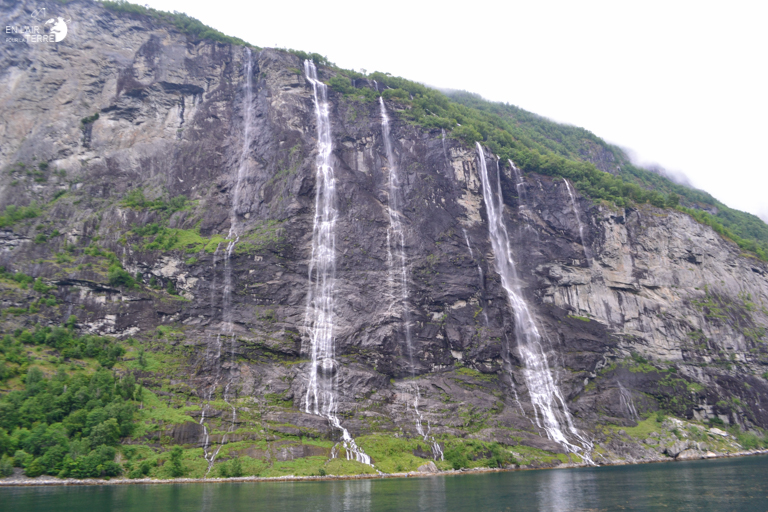 Back on Earth, we take the road to less dark horizons. 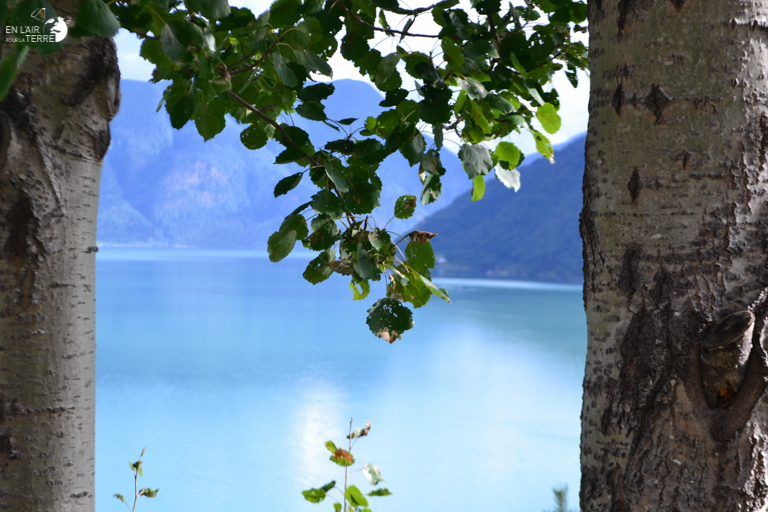 * Explanation of the title: very thick fog has not allowed us to mount at the Dalsnibba to admire the view on Geiranger nor take off paragliding from up there over the fjord